Sant Jewellers and Sons in Southampton were targeted by two raiders in early August 2011, who smashed through the front entrance door and targeted the jewellery cabinets.  The shop was installed with a Fog Bandit to protect the staff and the stock.  Almost immediately, the vigilant staff initiated the high speed security Fog Bandit which in just two seconds projected a 6 metre blanket of visually impenetrable yet harmless fog across the shop, screening the targeted display cabinets and forcing the raiders to turn and flee the shop, minimising the stock loss, shop damage and trauma to staff. 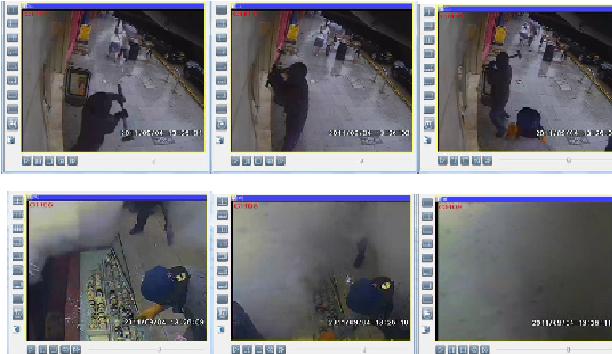 “We have installed Fog Bandit within all four of our families Jewellery shops and I would recommend that all Jewellers have a Fog Bandit system installed.  Fog Bandit is clearly the best security fogging system and helped protect our staff and our business”

Ram Parkash Sunderdass and Sons Jewellers on The Broadway were also targeted by raiders on Sunday 4th September 2011.  Again the raiders smashed their way into the shop and targeted the jewellery cabinets.  The staff initiated the high speed Fog Bandit and within seconds the raiders were forced to run out of the shop, fractionalising stock loss and minimising this frightening experience for the staff.

The Owner of Ram Parkash Sunderdass and Sons Jewellers in Southall explained;

“The Fog Bandit and its voice warning announcer did a great job in quickly driving the raiders out of the shop, restricting the time and opportunity to target the jewellery and limiting our staff exposure to this frightening experience”.

“The Bandit UK Team applaud the staff during both of these incidents for acting promptly in initiating the Fog Bandit and forcing the raiders to leave their shops.  These are further examples of the clear deterrent message to the criminal fraternity that targeting Jewellers with a Fog Bandit system installed is a fruitless exercise and heightens the likelihood of being caught.  We have now installed 12 shops with Fog Bandit along The Broadway in Southall, West London, in what is a very friendly and tight Jewellery community where security is taken seriously and this type of crime is not tolerated”.