Bandit UK where delighted to take an active role at the Home Office Police and Security event in Farnborough, the UK’s premier security and law enforcement event of 2016.

A well as a Fog Bandit stand within the exhibition hall, Neil Chrismas, Bandit UK’s Sales and Marketing Director was invited to speak as part of the Industry Briefing Zone. Neil shared live CCTV case studies and best practice approaches in deploying high speed security fog to deter and foil raids across retail jewellers, cash centres and financial institutions generally. The objective was to take the proven and passive approach of high speed security fogging into other national infrastructure risk concerns including daytime attacks and building lock-down applications.

Bandit UK were also honoured to be part of the Mock Embassy experience working closely with the Security Liaison Unit from the Metropolitan Police, who co-hosted a live immersive walk-thorough tour with actors from Crisis-cast where visitors and delegates could see for themselves, the many different elements of security available to protecting such sites.  Throughout each day, a number of live scenario/role play situations took place to help visitors experience such circumstances as a ‘full security lock-down’.  The finale of the tour was a live demonstration of the Fog Bandit within a dedicated 10 metres long demonstration room integrated into the Mock Embassy build. 100’s of delegates had the opportunity to experience the speed and density of the Fog Bandit including the Rt Hon John Hayes MP, Minster for Security at the Home Office, who attended one of the live demonstrations.

Some example photos from the event below; 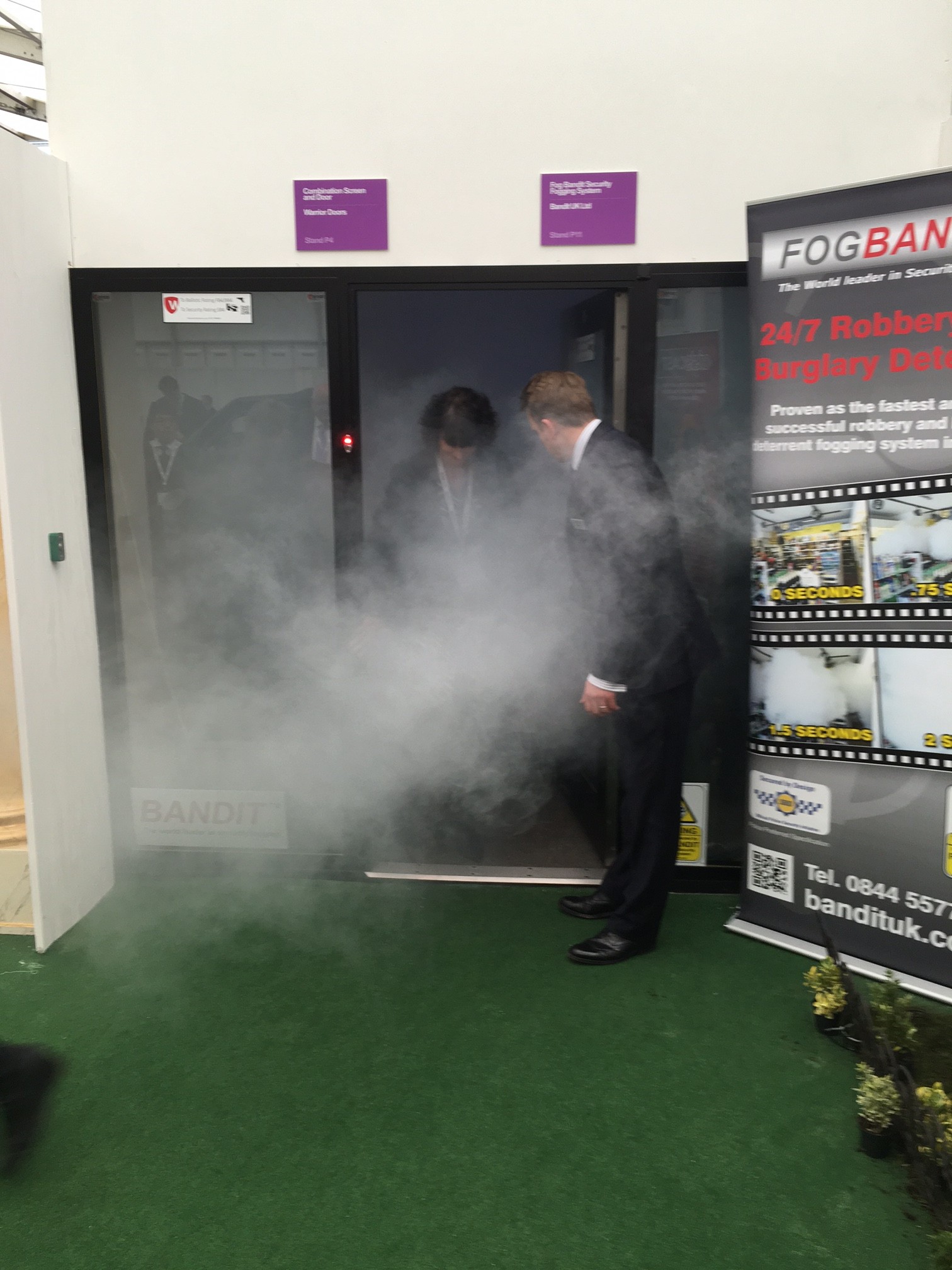 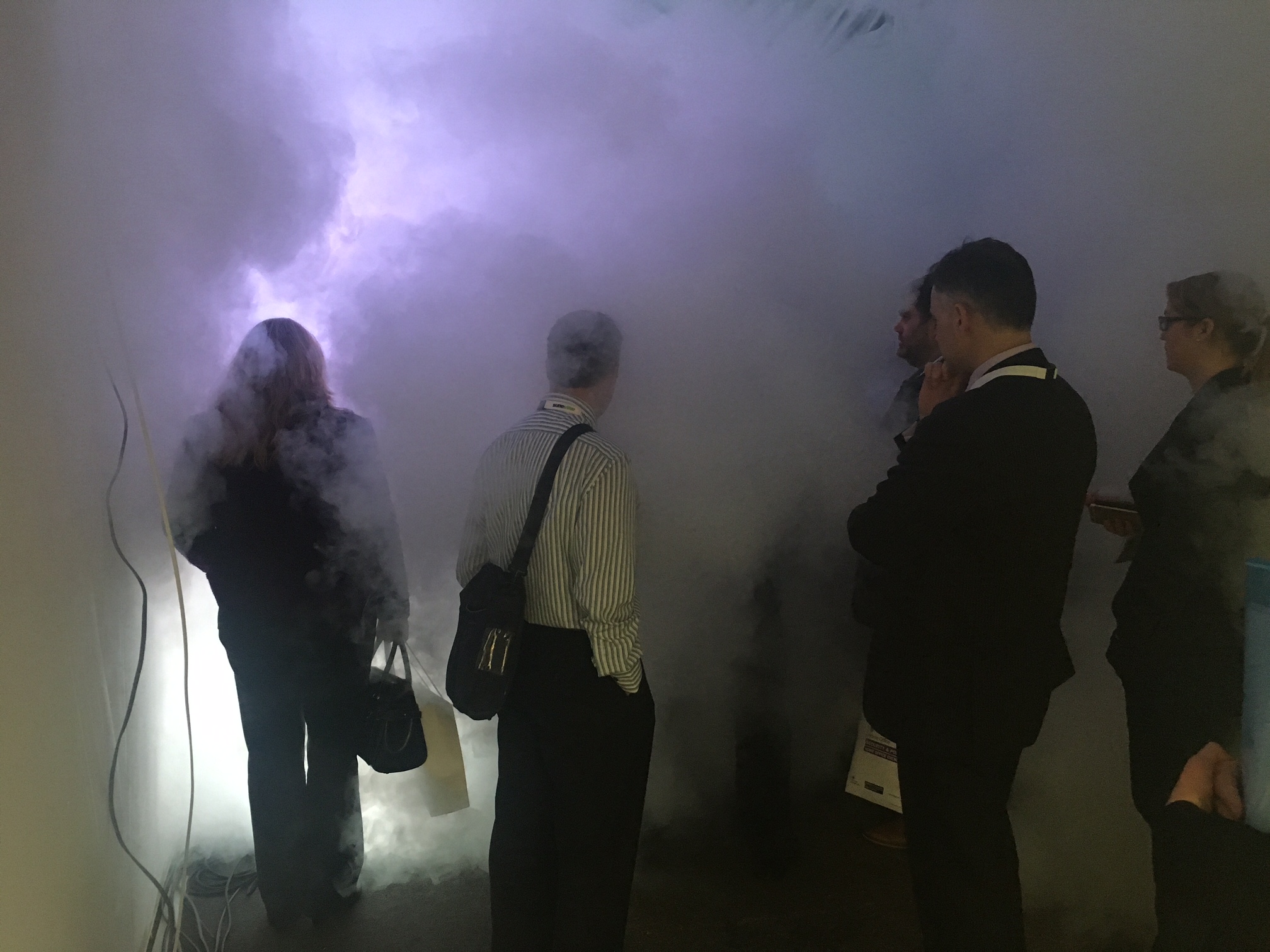 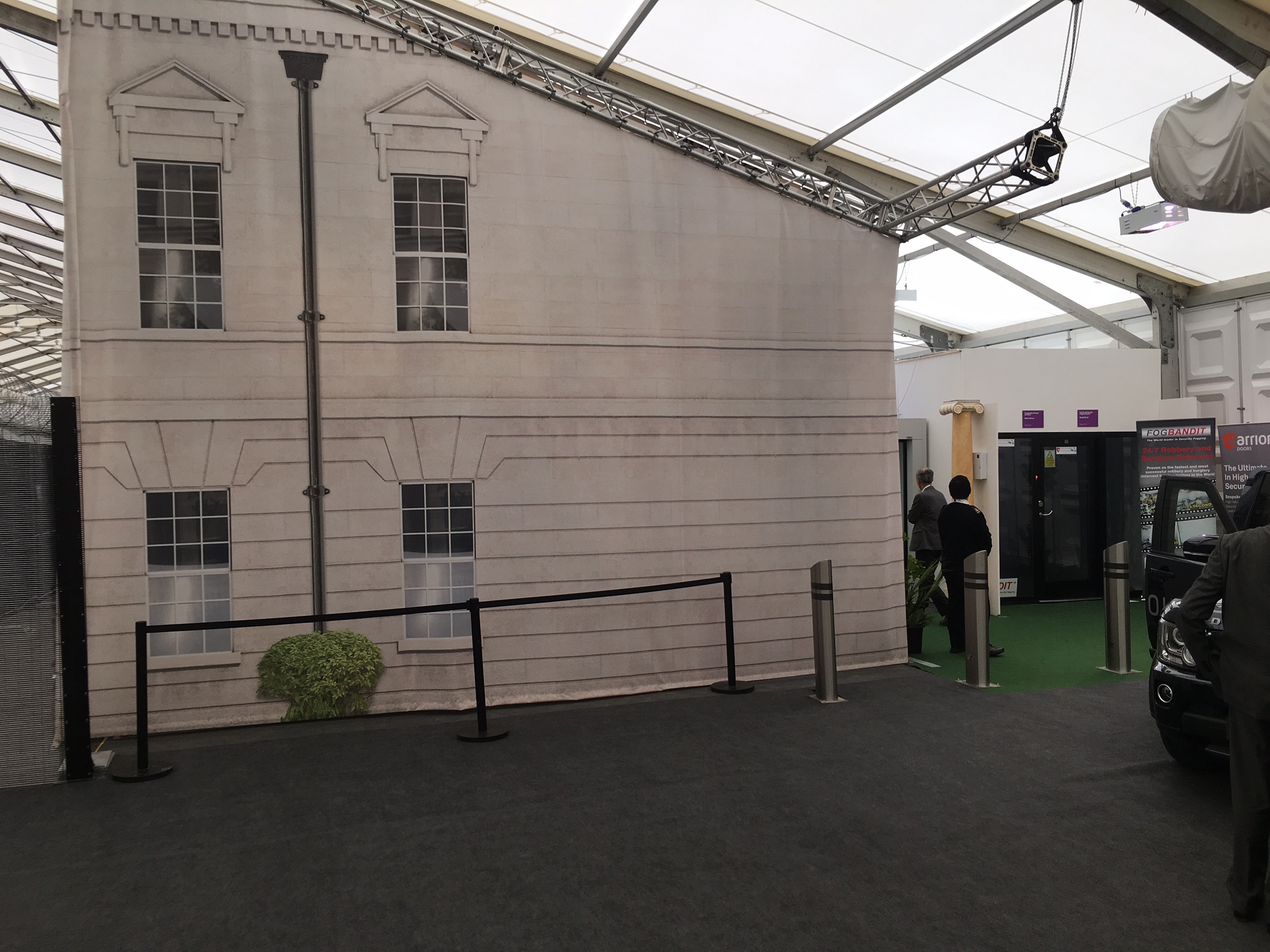