Already installed at many diverse Retail Multiples and Independent Stores throughout the UK and the Republic of Ireland,  FOG BANDIT has a proven track-record at deterring and foiling theft from this important sector 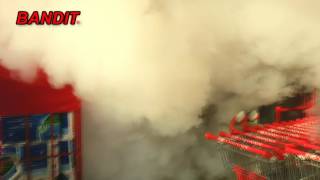