Fog Bandit is the proven reliable defence against robberies and burglaries on Pawnbroker shops. 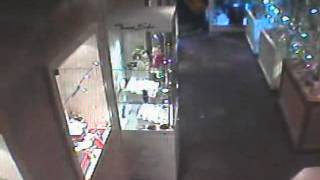