From small Jewellery shop boutiques to large diamond rooms, Fog Bandit is the proven reliable defence against robberies and burglaries on Jewellers shops. 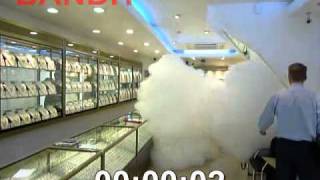